Panasonic announces 2 Full Frame Cameras, 3 lenses for the FF bodies and one for MFT

Panasonic today announced two models of its first Digital Single Lens Mirrorless camera called the “S” Series. Both with a 35 mm full-frame image sensor, the LUMIX S1R and the S1. Both cameras will support 4K 60p video and the Dual I.S. image stabilization system. These cameras are slated for release in early 2019 and both promise to be exceptional systems.

Panasonic will also expand its lineup of LUMIX S series compatible lenses, developing more than ten by 2020, including a 50 mm/F1.4 fixed-focus lens, 24-105 mm standard zoom lens, and 70-
200 mm telephoto zoom lens.  The speed of the two zoom lenses was not specified.

Stay tuned for additional details as they become available for release.

For the MFT system:

In addition, Panasonic has announced the launch of LUMIX PRO, a service and support program for its LUMIX professionals. This program has been designed to ensure that professionals can receive service and repair benefits globally. Stay tuned for additional details on the October launch for the US market.

Prototypes of the new cameras and lenses introduced above are being exhibited at Photokina in Germany.

Skylum’s Quantum HDR Engine harnesses the power of AI for a more streamlined editing experience than ever before. It reduces burned-out colors, loss of contrast, noise and unnatural lighting caused by halos and unstable deghosting.

The Quantum HDR Engine has taken three years to create within Skylum’s AI lab, and contains the vast knowledge of the development team paired with artificial intelligence to bring you seamless HDR editing, be it with a single image or multiple bracketed shots.

Skylum’s developers tested thousands of bracketed shots through a neural network, and used the results to develop the technology needed for creating incredible HDR photographs – whether it’s real estate, landscape, cityscape or any other type of HDR photography.

Here are the most essential changes:

Aurora HDR 2019 will be available for pre-order on September, 12, and released on October, 4. 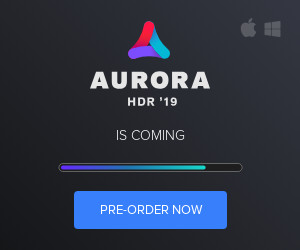 This was photographed at the Arnold Arboretum of Harvard University located in the Jamaica Plain and Roslindale sections of Boston. It was designed by Frederick Law Olmsted and is the second largest “link” in the Emerald Necklace.  This was another test of the Lumix G9 and Leica 12-60 lens combination’s weather resistance.  Both camera and lens were soaked as a result of the spray from the high pressure water misters but performed flawlessly.

This art exhibition runs through the end of October and is worth visiting.

This image was captured midday on Sept 3, 2018, when the temperature was 95 degrees. This location is Back Bay Fens in Boston.

“Emerald Necklace Conservancy presents the first citywide exhibition of Fujiko Nakaya’s “climate-responsive” fog art, sited in dialogue with the landmarked landscapes designed by Frederick Law Olmsted (FLO).”  This exhibition is to mark the 20th anniversary of the Conservancy.

This is a crop from the image below.  I wanted to see how well the Leica 50-200 mm performed when used with 2X tele-extender.  The image was shot at ISO 16000 and as you can see the noise performance is great.  The cropped image has a small amount of Lightroom noise reduction applied.  Though the flash did fire the distance to the bird was beyond the flash units reach.